I have recently received small colony of Tapinoma nigerrimum and decided to put them in a small glass Y-tong set up from certain Polish shop!
Recently I discovered some of the food they have dragged back in the nest itself has become covered in a green mould. Also noticed a couple of dead ants. My first thought is to remove them from this set up, but do not want to disturb the queen who is with brood. I understand this species can cope with some pretty unhygienic conditions, but do not want to test this theory if another probable outcome maybe be dead ants. 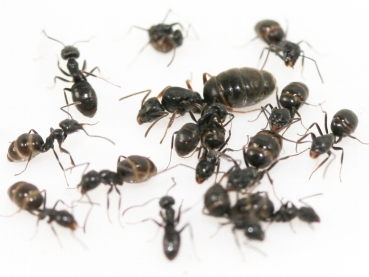 If there are a lot of workers dying maybe its would be better to give them a new (and clean) farm.

Yes, I agree. The colony is small and cannot afford to loose additional members.

Nice to hear. If you have pictures feel free to post some.